Joahnna and I flew up to Bend, Oregon over the weekend to visit her Aunt Vicki and Uncle Jim. The weather was exceptionally nice for this time of year -- clear skies and calm winds all the way up and back. 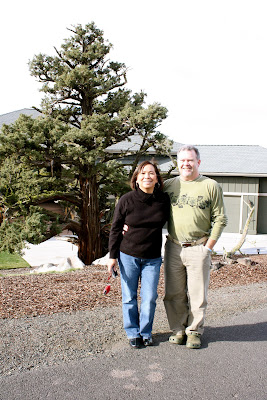 We flew up saturday morning, arriving at 2PM after a three-hour flight. They gave us a tour of the area, including a nice upscale mall in Bend, and a quick drive out to Mount Batchelor. On sunday we drove out to a nearby ranch, owned by a friend of Jim's, who breeds Clydesdales for competition. They are apparently very friendly and docile horses, which is good to remind yourself of when you're next to one, because they are huge. 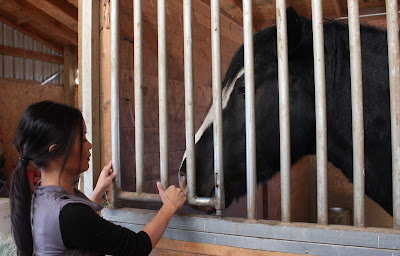 After visiting the horses, we had a quick lunch at the local brew-pub. I didn't get to sample the brew, naturally, but Joahnna had a sampler, and afterwards we launched off into the wild orange yonder. We took off at around 3pm but the sun was already beginning to set behind the clouds. 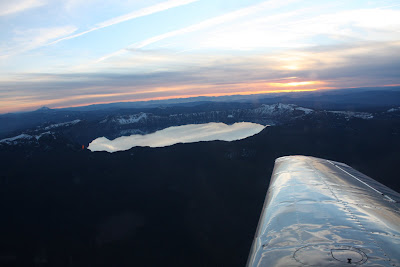 On the way hope we took a slight detour and flew over Crater Lake, which was quite pretty. We got some nice reflections off the water and I flew a few s-turns so Joahnna could get some good photos. 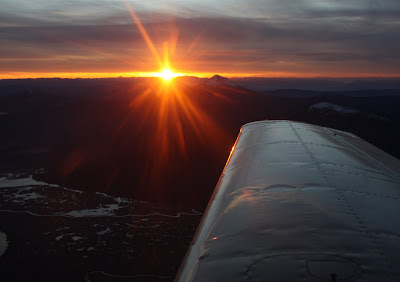 After that we watched the sun set as we neared Redding, and wrapped up another hour of flight for a nighttime touchdown.
Posted by Guy at 9:16 PM No comments:
Email ThisBlogThis!Share to TwitterShare to FacebookShare to Pinterest
Labels: flying, travel 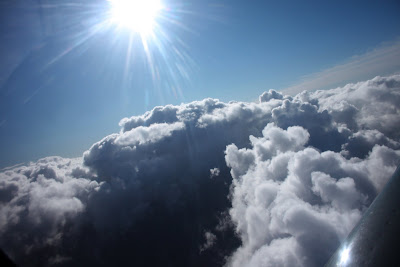 Joahnna and I flew to Santa Barbara on tuesday to celebrate my grandfather's 93rd birthday. We had some low clouds coming out of San Jose, and Joahnna shot the photo above as we were flying south in the morning.
Posted by Guy at 11:05 PM No comments:
Email ThisBlogThis!Share to TwitterShare to FacebookShare to Pinterest
Labels: flying, travel
Newer Posts Older Posts Home
Subscribe to: Posts (Atom)