I put in my final night flight, in a long but spectacular evening flying from Reid Hillview to Gnoss Field in Sonoma, to Livermore, and then back to Reid Hillview. Weather was clear through the whole flight, which was good luck -- SF is frequently covered in fog.

With this flight I've met all my hour requirements, so now I just have to brush up on some of my maneuvers and get my FAA checkride scheduled. Can't wait!
Posted by Guy at 11:49 PM No comments:
Email ThisBlogThis!Share to TwitterShare to FacebookShare to Pinterest
Labels: flying 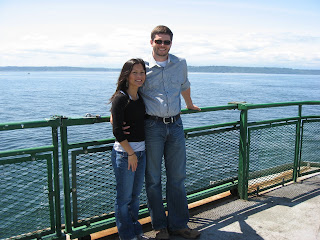 Joahnna and I visited my parents over memorial day, and did a whirlwind tour of some of the Seattle highlights. We managed to get a ferry ride in, along with a trip to the Seattle Art Museum and the new sculpture garden in downtown. We didn't manage to make it to the Boeing Flight Museum, but I guess we have to save something for the next trip.

Posted by Guy at 11:12 PM 2 comments:
Email ThisBlogThis!Share to TwitterShare to FacebookShare to Pinterest
Labels: travel 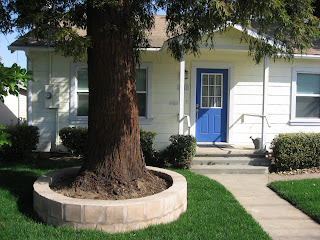 Finally did something with the front of the house. I now have all new grass front and back, as well as a little ring to make my remaining tree look neat and under control. Now it's time for a backyard BBQ.

Posted by Guy at 11:08 PM No comments:
Email ThisBlogThis!Share to TwitterShare to FacebookShare to Pinterest

I found this video over at Groklaw. Anyone who has ever sat through a boring, technical presentation will definately appreciate this. If you haven't, well, count your lucky chickens.
Posted by Guy at 2:26 PM No comments:
Email ThisBlogThis!Share to TwitterShare to FacebookShare to Pinterest
Labels: humor

As Jon can attest, there aren't a lot of records around waiting to be broken. However, Barrington Irving, a young man from Jamaica, found one: The first African American to fly solo around the world. He put himself through flight school, managed to get a plane (!!!) and fuel donated to set the world record, and founded a non-profit to introduce aviation and aviation careers to inner-city youth.
Posted by Guy at 10:12 AM No comments:
Email ThisBlogThis!Share to TwitterShare to FacebookShare to Pinterest
Labels: flying

Last week I did my first long solo flight, flying from Reid-Hillview down to Coalinga, back up to Salinas, and home to RHV. Total time was a little over three hours. However, I need at least 5 hours of solo cross-country time to get my license, so I need to do another cross-country solo this weekend.

Last weekend's flight was fun, and pretty straightforwards except for the second landing in Salinas, where they were having a convention for Light Sport aircraft. In retrospect, I should have parked for a while to chat with people about their planes, but I was so stressed to land the plane amidst all the traffic that I didn't even think about the event.

This weekend, weather permitting, I'm flying out over the central valley to Fresno, to get some practice at flat-land navigation while racking up my cross-country hours. After that's done, then it's time to do a little night flying, and afterwards it's just polishing up my skills to pass the practical test.
Posted by Guy at 6:45 PM No comments:
Email ThisBlogThis!Share to TwitterShare to FacebookShare to Pinterest
Labels: flying
Newer Posts Older Posts Home
Subscribe to: Posts (Atom)